Couple of days ago I was in our garden wondering what’s going on.
It was TOO quiet…like the end of the world.
Next day I saw this and heard the story. 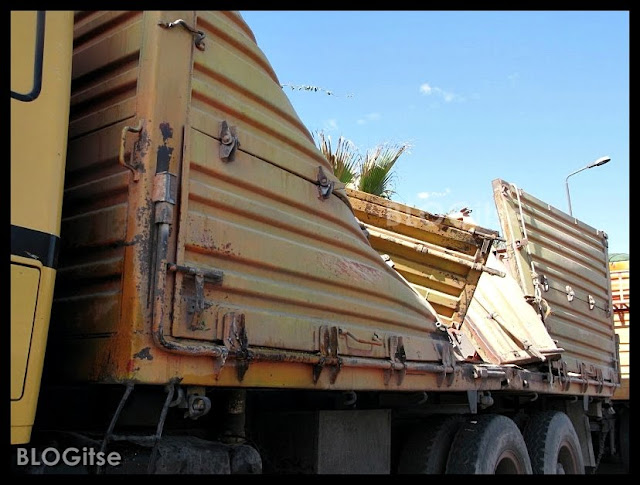 This truck fell over. The driver was under drugs. He lost the control of the vehicle.
Most of the truck drivers make too long days. They get tired and the temptation to take drugs is huge.
A 2007 study on drug addiction in Egypt by the National Centre for Social and Criminal Research showed that 600,000 to 800,000 people (or 0.8 percent of the country’s 76 million population) suffer from addiction.


Drivers in Egypt generally drive too fast, roads are not good plus there are too many very old cars soon to break down… 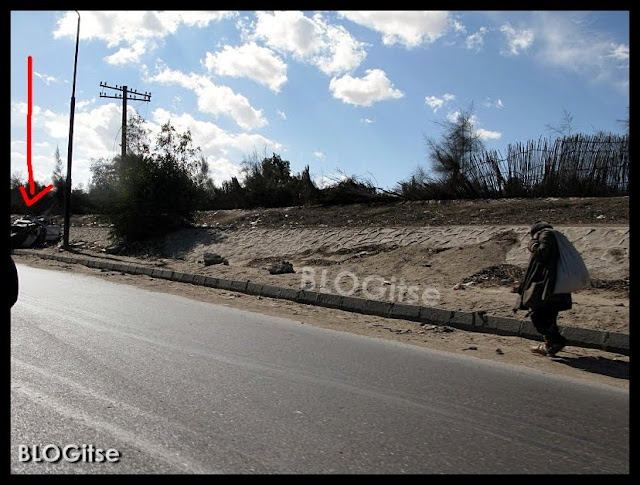 I tried to take a picture of that car which is totally smashed but didn’t get better than this. I doubt that any people in the car survived. 6.000 people per year die in traffic… 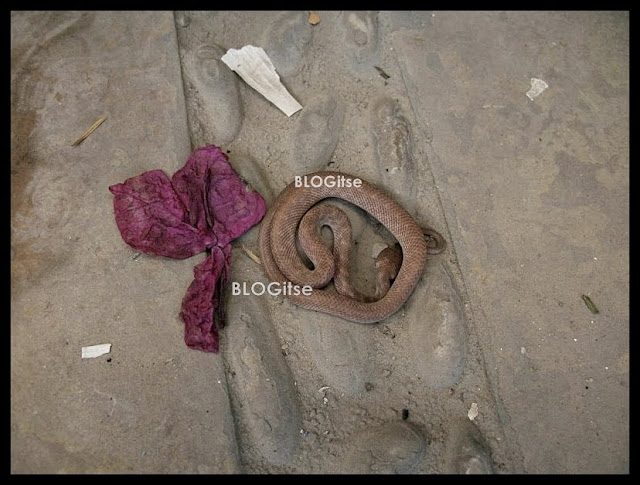 This little snake (30-40 cm) was asleep
under the trash can in our garden.
Do you know what snake is it? African house snake? 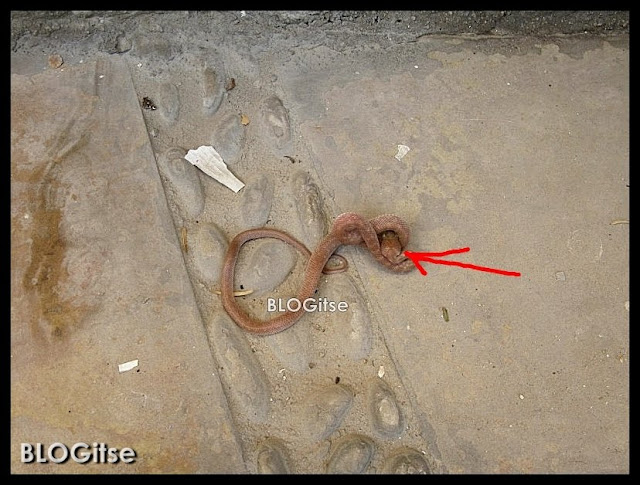 Can you see the head there…
There’re other kinds of snakes.
Men.
Men who sexual harass women.
Here’s a short clip of one story. The whole story by Bikya Masr is here.
“At first I didn’t realize it was a harassment call. I told him it was a wrong number and hung up. He called again with more of the same. After that, I didn’t answer. He called at all hours and started sending messages with the same content. After some time, I thought I could appeal to whatever sense of manhood he had. I answered him and told him I was older than his mother and that it wasn’t appropriate to call me; he apologized and a few hours later started calling again. My son called him and insulted him, but that didn’t stop him either.”


“I called Vodafone and asked them if there was a way to bar a certain number. They said that wasn’t possible, but they gave me the number of a police division that specializes in telecommunications. I had never heard of them but didn’t bother to call them. What would they do anyway?”


This is a normal attitude in Egypt, where trust of the government and police is at an all time low. The law requires anyone buying a SIM card to register with an ID card, and they do. The caller knows his number is showing up on the other end and that his full name and address are with his network provider, but that doesn’t deter him. In any case, even if the police can stop one person from calling a particular number, it’s impossible to stop the numerous callers that call every day.


She says “I kept my phone turned off for extended periods. After a few days, he got bored and stopped. But I have another cell phone where a problem was more persistent. Someone called day and night non stop. If I answered he’d call me a whore and say he ‘wanted to fuck me’. If my son or husband answered he’d swear and insult and keep on calling. The calls and messages were waking me up at night. I got so frustrated I had to throw the SIM card away and get a new number.”

0 thoughts on “accidents and snakes…”