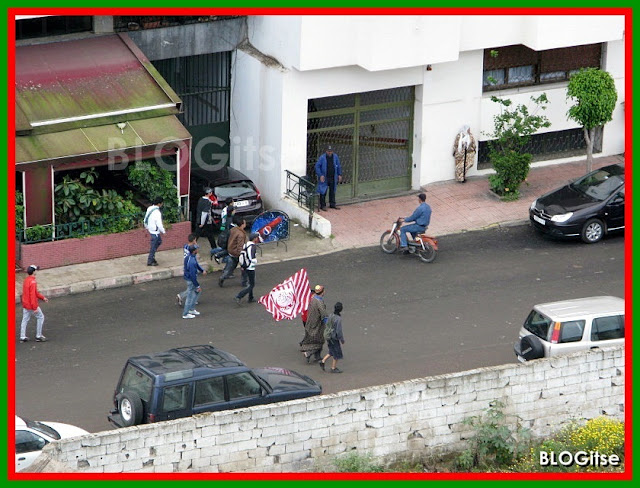 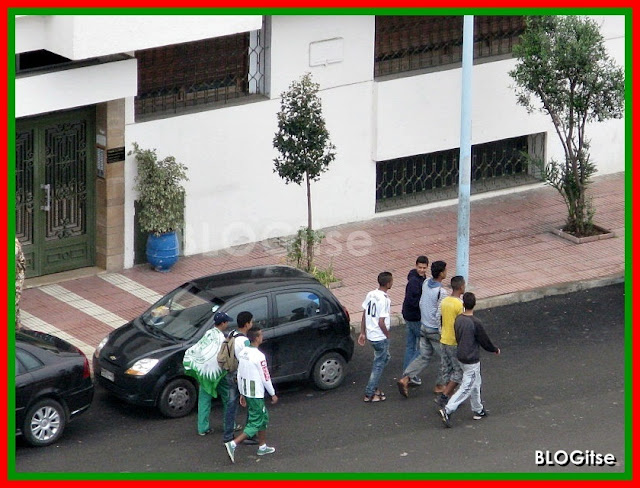 played at 3 pm.
Groups of drumming and singing fans were marching to the stadium
from 10 am! 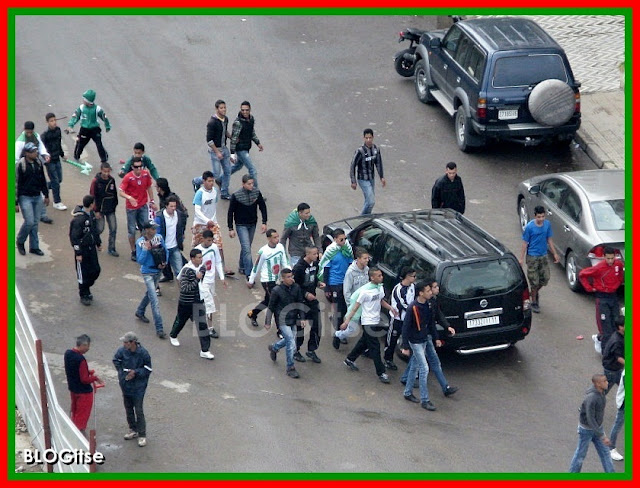 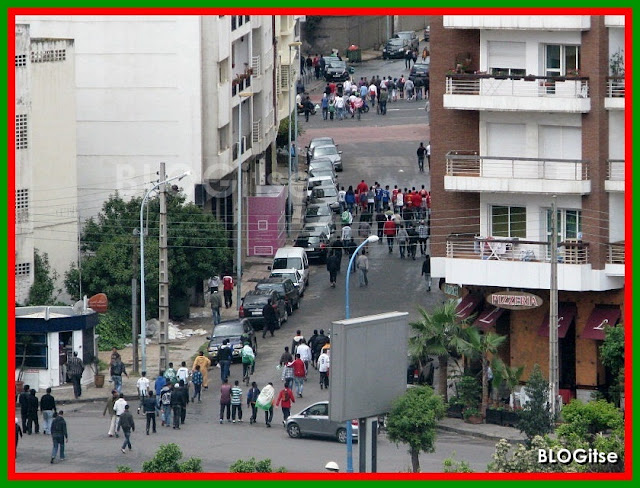 Maroc-football.com: In the 108th derby of Morocco’s Premier League,
Raja Casablanca scored a sole goal to overthrow Wydad from leadership
and took the reins of the League.
In a breathtaking game with much at stake as the winner goes to the top position,
the two soccer poles of Casablanca clashed in the midfield, creating few goal opportunities and demonstrating an average show. 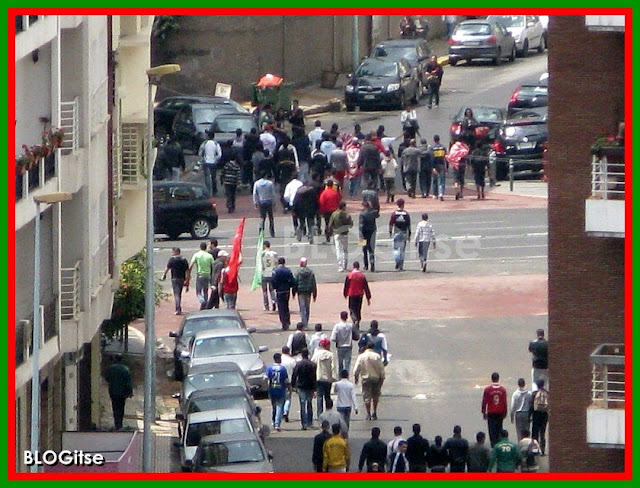 Wikipedia: In 2000, the stadium was renovated a second time because of Morocco’s candidacy to organise the 2010 World Cup,
green- and red-coloured seats were installed in the stadium
reducing the capacity to its current size, 55,000. 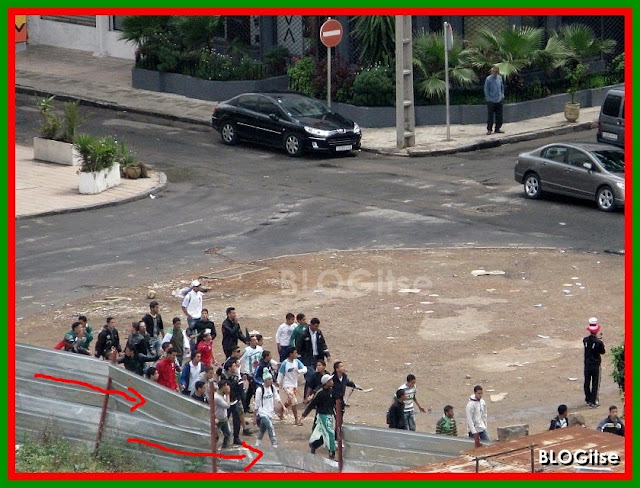 I saw how the guys were throwing stones and kicking that fence.
Why do you have to be aggressive and destroy places?
What kind of satisfaction did you get?
Grow up!
Sports should be fun, not a war or battlefield for the fans!
UPDATED 22.4.2010
Fans would give up food, maybe a limb, for World Cup glory by Reuters
“More than 40 percent offered to give up dating for a year, while seven percent said they would gladly give up their job to see their country win the title.
A further four percent were willing to give away a body part.
The survey was conducted by U.S.-based international calling firm VIP Communications Inc (www.JoinVIP.com) ahead of the South African extravaganza featuring 32 nations.
It found that a majority of English respondents — 93 percent — would give up food for a week to see England win, while some
70 percent of Italians would give up their job for an Italian victory.
Americans were most willing to sacrifice their homes, while South Koreans were most ready to sacrifice their love life.
And the people least willing to make a sacrifice?
The survey found that only 3 percent of Slovakians would give up anything to improve their country’s chances of victory.”
———————-
Good for you Slovakians!!!
In England fans could survive without food for a week, Italians without work! WOW! What’s wrong with Italians?
Football is more important than your personal/family life?